Why Is My KitchenAid Oven Not Heating Up Properly

Why Is My KitchenAid Oven Not Heating Up Properly

Are the dishes you cook in the oven coming out undercooked, or worse, not cooked at all? If so, you may have a KitchenAid oven not heating up properly. This can lead to more questions than answers, but fear not! We’ll troubleshoot some common reasons for oven temperature issues so you can solve the problem quickly.

When your oven isn’t working correctly it can seem like there are infinite reasons why. But, typically, there are several common reasons for a KitchenAid oven not heating properly. We’ll pinpoint each one and identify the right DIY fix or repair.

Though you may set your oven at a particular temperature, the actual temperature inside can fluctuate while cooking. The oven thermostat registers these changes, signaling the oven to increase or decrease the heat to stay at your desired setting. Sometimes you may need to recalibrate the thermostat to avoid an inaccurate oven temperature and uneven cooking.

We recommend consulting your owner’s manual for specific instructions on how to calibrate KitchenAid oven temperature via the thermostat. Before doing so, these assessments can help determine if calibration is necessary:

A faulty temperature sensor can be another reason you find your KitchenAid oven temperature not accurate when baking. This component works with the oven’s control panel and thermostat to regulate temperature fluctuations. Operating via an electrical current, the sensor provides resistance when the temperature increases. If the sensor is faulty it won’t provide resistance when needed, resulting in over or undercooking.

Electric ovens cook food via a bake element at the bottom of the oven’s interior. This metal coil contains wires that conduct electrical current, heating the coil for baking and roasting. If your KitchenAid oven isn’t heating up properly, it’s possible that this element has failed, resulting in uneven baking from only the top heating element.

A failed bake element cannot be repaired and requires replacement. 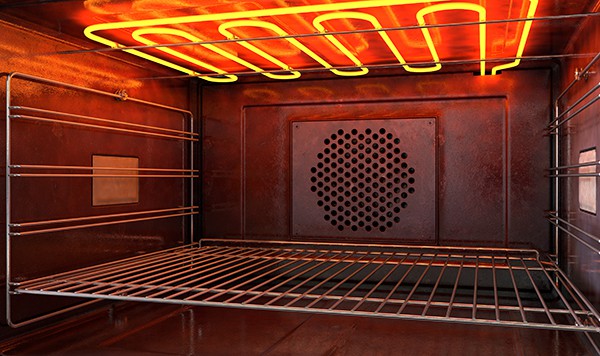 A faulty oven igniter is also a common answer for, “Why won’t my KitchenAid oven get hot?” Although gas ovens use natural gas as a source of heat, the oven’s igniter uses an electrical current to operate. The igniter must provide enough current to open the valve that allows gas to flow and ignite the gas once it’s open. If this component is broken though, it won’t be able to open the valve or ignite the gas, providing no heat for cooking or baking.

Convection ovens use a fan to circulate hot air during cooking, resulting in faster and more even baking. However, if the motor that powers the fan malfunctions, the oven will be unable to circulate air. When this happens you’ll notice your KitchenAid oven not heating properly.

If the fan motor blades don’t turn easily by hand, or if multimeter testing reveals a lack of continuity, the motor requires replacement.

If these troubleshooting tips still result in a KitchenAid oven not heating properly, you may need to schedule professional oven repair service. Moore Appliance Service can help with any oven repair need. 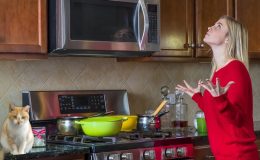 How to Troubleshoot a GE Gas Stove Not Lighting 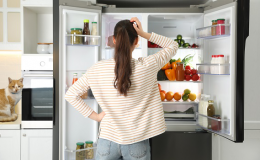 5 Troubleshooting Tips for a Frigidaire Refrigerator Not Cooling 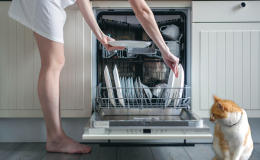 How to Load a KitchenAid Dishwasher for Cleaner Dishes 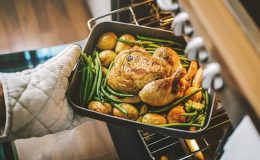 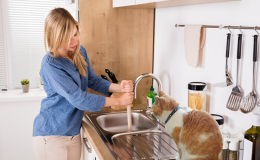 6 Things You Shouldn’t Put Down a Garbage Disposal