Smooth and sweet with a hint of creamy tang, it’s no wonder that cheesecake tops many favorite dessert lists. From the purist who loves it in its simplest form to the fan who appreciates every flavor, there’s a cheesecake for almost everyone. For the team at Moore Appliance, Jeanette’s strawberry cheesecake cookie cups are our cheesecake choice, combining classic berry flavor with a sweet cookie crust.

A slice of cheesecake can be a rich and filling indulgence. But Jeanette’s strawberry cheesecake cookie cups are miniature-sized, taking some of the guilt out of this dessert’s pleasure. We’ll review the simple steps that go into preparing these cheesecake cookies. But first, we’ll share cheesecake’s ancient origin story as well as some fun facts about the dessert we know and love.

Did you know that cheesecake has been around for thousands of years? The first cheesecake ingredients of baked honey, wheat, and cheese date back to ancient Greece in 2000 B.C. Additional evidence even suggests that cheesecake may have been served to athletes at the first Olympic games. Once the Romans conquered Greece, the recipe spread throughout Europe, with each culture contributing different flavors and cheeses.

By the turn of the 20th century, cheesecake had crossed the Atlantic. When it did it became the dessert we know today with the American invention of cream cheese. As in Europe, regions of the United States soon developed their own cheesecake preferences. While the beloved New York style is heavy and served alone, Philadelphia cheesecakes are lighter and served with fruit, chocolate, or other toppings.

Cheesecake is one of those desserts that inspires passionate feelings and numerous innovations. Here are some of our favorite fun facts about cheesecake, revealing how much this dessert is loved throughout the world: 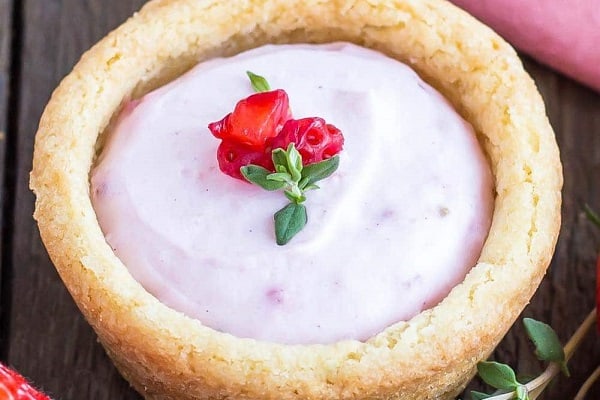 Preheat oven to 350°F. Spray 2 regular-sized muffin tins with cooking spray. Beat butter and sugar until pale and fluffy. Add eggs and vanilla. Beat in flour, baking soda, and salt. Place 3 Tbsp. of dough in each cup, pressing the dough down and around the sides. Bake for 10-12 minutes. Remove from oven and press down the center of each cookie to form a well.

For the filling, whip cream until soft peaks form. In a separate bowl, beat cream cheese and sugar until smooth. Fold in whipped cream and strawberries. Spoon into cooled cookie cups and garnish with a fresh strawberry, if desired. Enjoy!

Jeanette’s strawberry cheesecake cookie cups are perfect for when you just need a few bites of rich cheesecake indulgence. We hope you enjoy this luxurious sweet treat! 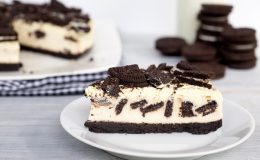 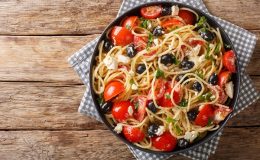 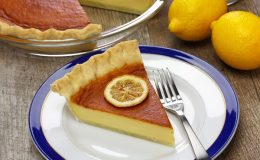 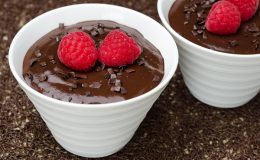 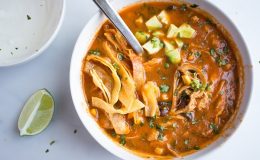